How can a librarian system cover extended workflow needs?
How can content be secured and at the same time efficiently distributed?
Is it possible to replace existing librarian systems by MAM systems?

All these questions were analysed by the Project Group of Digital Archives, led by Björn Blomberg from SRF during six months within 2004. It resulted in a complete specification for a multi functional media asset management system, which has to cope with Petabyte Storage on Shared SAN level, an object orientated & relational view on archive content as well as the complete workflow handling of metadata - as well as content delivery.

NOA proposed to deliver the mediARC system, a complete new development, which was the logical evolvement of all work which was until that time analysed from all different broadcast, librarian and production systems on the market. The existing knowledge about necessary components could be gathered since years from a lot of different customers where the Digitisation-workflow system of NOA could be installed. As Peter Kuhnle, CTO of NOA says: “The demand from the market for a comprehensive metadata and file delivery system, which covers the needs from the librarians as well as for workflow integration, was a long wish from existing NOA customers. We were working since long time on similar concepts, but wanted to apply this on a specific customer to really see that the concept would work in reality. With the currently delivered mediARC archive system we do think that we touch the demands not only for SRF but can realise archive solutions on a very generic way for broadcasters and libraries. NOA customers have realised that with the Job Database the workflow within digitisation can be optimised, but still that a MAM system is mandatory. Existing MAM systems cover mostly very roughly demands from librarians – this is known to us from our experience of Austrian Mediathek in Vienna, where a librarian system needed to be adapted for media as well. Broadcasters do ask here for even more: Petabyte storage and workflow integration needs to be covered by one system – and we think that our approach takes the best from all worlds.”

The mediARC system is a NOA - MAM solution which is introduced into the market at IBC 2005 after having been successfully delivered to SRF. It understands itself complementary to production systems as a base archive management system which has to last for at least 10 years. It overcomes the limitations of purely relational model descriptions by an object orientated data description with complete relational freedom of cross referencing and linking. A full text search within around 15 million records can be performed below 500 ms - a must for try and error search requests. The solution allows for complete remote access and remote replication copies for multi-site needs within complete encrypted traffic over an open XML – RPC standard protocol. The Flow Host Engine within the NOA mediARC system allows for variable modules to be connected such as delivery to existing production systems or complete on the fly reformatted file delivery.

SRF choose NOA after a dedicated analysis of tools & MAM systems available on the market. The contract for the delivery was signed end of January, and the complete work was finished in end of July – natural adaptations of the needs have shifted the project by only a few weeks. “SRF has discovered the requirements of a MAM-system through several pilot projects. As a result, we have been looking for a long term, modular solution that is adaptable at a minimum cost as new techniques and demands arise. The mediARC solution now built into the existing infrastructure, will allow us, not only to start the preservation of our collections, but also in a more modern, efficient way, re-use the archive material produced by generations before us” says SRF’s project manager Björn Blomberg. 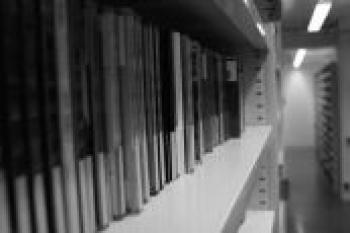 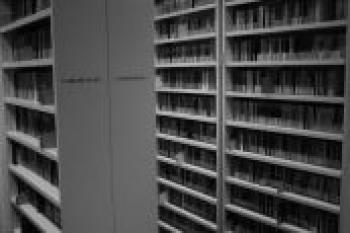