VIENNA, Austria — Oct. 10, 2011
NOA Audio Solutions, a leading provider of flexible, functional, and comprehensive audio archiving systems, today announced that Fonoteca Nazionale Svizzera (FN), the Swiss National Sound Archives, has installed a set of six NOA N6191 stereo converters in its technical department in Lugano, Switzerland. FN will use the equipment to digitize the analog portions of the Swiss audio heritage, much of the source material for which exists in atypical formats that can be hard to digitize.

FN’s technical and computer department is responsible for copying, restoring, digitizing, and archiving all of the repository’s digital documents. FN will use the new converters to digitize analog audio recordings that consist of coarse- and micro-groove records, cassette and open-reel tapes, and many other somewhat exotic formats.

“We’re upgrading our converters from the NOA N6095 model, and the new N6191 version works even better, especially because it surpasses the stringent IASA-TC 04 criteria,” said Stefano S. Cavaglieri, CTO and CIO of FN.

The N6191A A/D-converter module is now the basic line converter in NOA’s product range, with performance that comfortably exceeds many of its competitors. Featuring 24-bit resolution with 192-kHz sampling frequency, its technical specifications make it a perfect conversion tool. Working with 192 kHz, it is fully capable of operating within a considerable system overhead. The module is directly controlled from within NOA Record software.

“NOA’s excellent track record in OEM production of hardware products is not well-known. It’s hard to find A/D converters with outstanding THD values because so many companies focus only on video products,” said Jean-Christophe Kummer, NOA managing partner. “Stefano Cavaglieri chose NOA to fill that role in his operation, and we’re honored to be recognized by someone who is a respected authority on audio fidelity in the archive world.”

About Fonoteca Nazionale Svizzera
Fonoteca Nazionale Svizzera (FN), the Swiss National Sound Archives, is the official depository of audio records in Switzerland. Its mission is the preservation of the Swiss audio heritage. Founded by law in 1987 as a private foundation, the FN works in close collaboration with the Swiss National Library in Bern, which relies on FN to fulfill part of the tasks assigned to it by law. The FN collects and catalogs audio documents related to the history and culture of Switzerland, both music and speech, for example: recordings of classical music, rock, jazz and pop, audio books, stories, theatrical works, interviews, research documents (field recordings), and private collections. The technical and computer department of the FN performs copying and restoration. It is responsible for digitization and for the archiving system of all digital documents. It also monitors technical developments in the audio world and offers consulting services and various kinds of technical services. 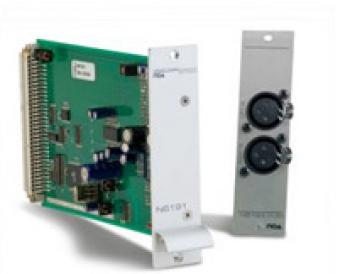